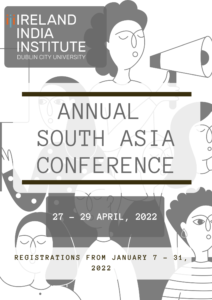 We especially encourage papers from underrepresented groups including Queer, Dalit and minority perspectives. Without the mention of relevant themes, abstracts will not be included. We also invite panels with no more than 4 panellists. Panel Proposals can be made via email; please write to us at india.postgradconference@dcu.ie for more information.