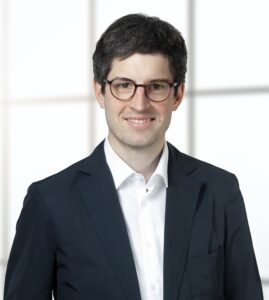 Marcel M. Schwarz is a doctoral candidate at the School of Law and Government at Dublin City University. He earned his Master’s degree in Modern Indian Studies from Georg-August-Universität Göttingen, with a study-abroad-term at the Jawaharlal Nehru University in New Delhi, as well as a Bachelor’s degree in Interdisciplinary Indian Studies from Georg-August-Universität Göttingen, having also spent a semester abroad at the Universidad Pública de Navarra in Pamplona.

Prior to commencing his PhD at DCU he worked at the Karl Kübel Stiftung, in Bensheim, Germany, on projects which aim to improve food security and contribute towards poverty alleviation in India, the Philippines and Myanmar.  During his occupation at the Bertelsmann Stiftung he was part of the coordination team for editing the study titled “The Indian Social Enterprise Landscape – Innovation for an Inclusive Future”.

His areas of research interest are mainly situated at the intersection of party politics, identity politics and voter behaviour, with a special emphasis on contemporary India.

At DCU he works on assessing party politics in modern India and the extension of the voter base in the case of the Bharatiya Janata Party (BJP). His thesis is supervised by Dr. Jivanta Schottli and Prof. Iain McMenamin.