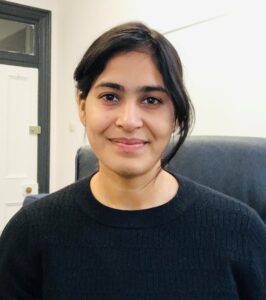 Aashima Rana is a Government of Ireland- International Education Scholar at the DCU School of English. Her academic background includes an M.Phil. in Comparative Studies from Delhi University
and a Master in English Literature from Dr B.R. Ambedkar University, Delhi.
Her research interest explores connections between the United States of America, India and Ireland, emphasising folk cultures there. She aims at walking down the lane of trans-continental, trans-national, trans-cultural homogenisation through orality. She looks towards how folklore and its performance critiques the perpetuation of violence and will reflect on the novel ways of engaging with history offered by the women folk orally, later in writing.
An aspiring folklorist, she has been published in RTÉ Brainstorm and is a member of The Folklore Society, Ireland Association of American Studies and British Association of American Studies. Her interest lies in twentieth-century African American literature, folklore studies and comparative literature.