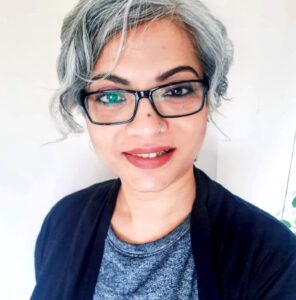 Nasrin Khandoker is an affiliated fellow at the Ireland India Institute, DCU.  She is now working as a post-doctoral researcher at the School of Political Science and Sociology at NUIG, in a GBV-MIG project that investigates experiences of gender-based violence in migration contexts. Alongside a master’s degree in Anthropology from Jahangirnagar University, Bangladesh in 2000, she was awarded another MA in Gender Studies from the Central European University in 2014. She finished her PhD in Anthropology from Maynooth University, Ireland in 2019. For her PhD she received Wenner-Gren Wadsworth Fellowship from US and John and Pat Hume scholarship from Maynooth University. She has written articles covering a wide range of feminist issues in both academic journals and newspaper columns.  She is also a social activist in several feminist and anti-sexual violence groups.