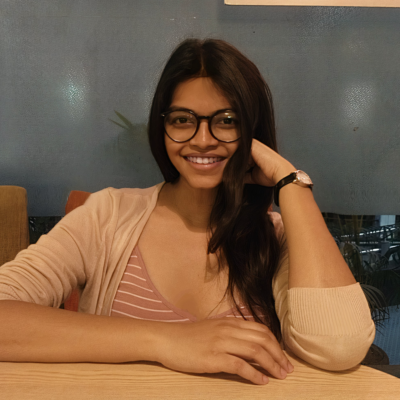 Kusumika Ghosh is an Ireland India Institute doctoral candidate at the School of Law and Government at Dublin City University. She has a Bachelor’s degree with honours in Political Science from St. Xavier’s College, Kolkata; and a Master’s in Peace and Conflict Studies with the Institute Gold Medal from Tata Institute of Social Sciences, India.

Her research interests centre on the issues of gender, identity and socio-political implications of the two when combined, particularly in Northeast India. In 2019, she co-authored and published a volume of the Peace Studies Series at the North Eastern Social Research Centre titled Landscape of Conflicts and Peace in the Northeast: the role of Religion; and in 2021, released Women and Peacebuilding: Perspectives from the Field as a co-editor. She has been a researcher with North Eastern Social Research Centre (Guwahati), The Partition Museum (Amritsar) and Calcutta Research Group (Kolkata).

At DCU, she is working on Gender and dissent in contemporary India to find the connection between civil society movements and their articulation in electoral politics. Her thesis is being supervised by Dr. Jivanta Schottli.